05/03/2018
The recent horrendous (in UK terms) snow does provide an opportunity to discuss one of the problems faced by photographers when shooting snow scenes.

It goes without saying that snow is extremely reflective and as such your camera’s light metering system will be dominated, not to overpowered, by the snow’s reflective properties. The result is that the shot is often a little under-exposed. The snow often has a greyish cast to it. Having said that, many images I have seen on Facebook recently do show good exposure, but that was usually where the light was good in the first place, but it does show how far some TTL systems have developed in recent year. However, exposure can still be a hit and miss, especially if the ambient, natural light is greyish.

The image below gave a TTL reading of 1/250s (actually 1/500s if measured from the snow), so it was shot at 1/125s. the only adjustment made in Lightroom was to increase contrast and reduce the saturation of blue as the snow did have a slight blue tinge. 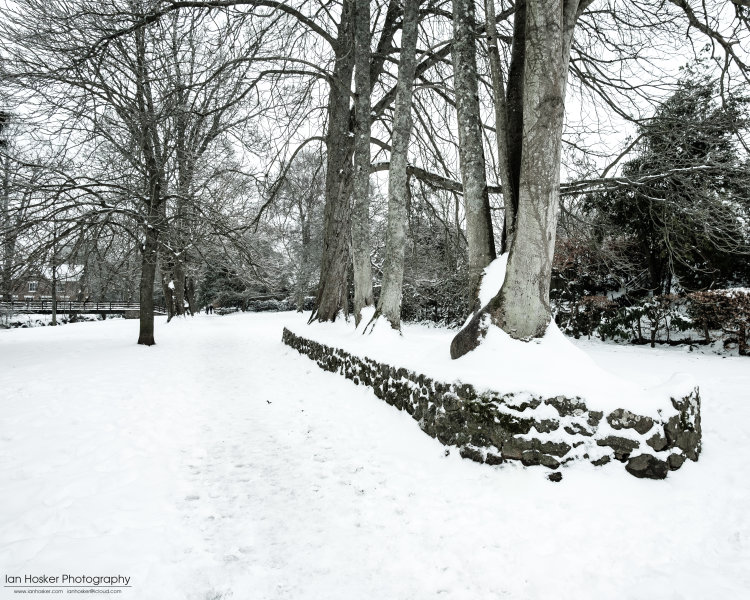 There is at least one alternative approach – at least it is often the one I use.

In-camera metering systems are based on measuring reflected light. In other words, it measures the light that is reflected from the scene and is entering the camera. The difference in the reflective quality of snow compared with other elements of the scene leads to this problem.
The incident light metering method does not suffer from this issue as it is based on measuring the light actually falling on the scene, and so is not influenced by the reflective qualities of the surfaces in the scene. You will need a hand held light meter to do this and measure the light using the incident light method (i.e. this will be the subject of another Blog entry).